In this era of COVID-19, much has been made by public health officials and the media over the ability of the SARS-CoV-2 virus to rapidly change and adapt to conditions over time and produce so-called “variants.” Each variant incorporates one — or several — genetic mutations that can potentially affect the efficacy of both treatments and vaccines designed for the original strain. While the great majority of these genetic changes, which take place in both viruses and bacteria, aren’t significant, other seemingly minor adaptations in the virus’ genetic code can allow certain variants to resist the medical measures being deployed against them, leading to an ongoing race between the virus and the virologists.

Although that race between SARS-CoV-2 variants and the science combating them is in the forefront of the pandemic news right now, the problem of viruses and bacteria constantly evolving to develop resistance to vaccines and antibiotics is certainly not new. For the Auburn College of Veterinary Medicine’s Dr. Xu Wang, assistant professor of comparative genomics in animal health, this race is all too familiar.

“Antimicrobial resistance will be at the center of the next pandemic,” said Wang, noting that by 2050 scientists predict that illnesses caused by resistant bacteria and viruses will be the world’s leading cause of death if antibiotics use continues at its present level. “These bacteria are constantly going through a natural selection process favoring those whose genetic mutations increase survivability when treated with certain antibiotics. They can develop antimicrobial resistance rapidly and pass their genetic code to future generations, which eventually leads to ‘superbugs’ resistant to
multiple families of antimicrobials.”

In fact, one of Wang’s several concurrent research projects involves mapping the genome of just such a superbug, called multidrug-resistant
and methicillin-resistant Staphylococcus pseudintermedius, or MDR-MRSP, a bacterial culprit that — unlike the relatively new SARS-CoV-2 virus which is still in its early stages of evolution — has a much longer history of posing problems for those trying to defeat it.

Staphylococcus pseudintermedius is a common and usually harmless bacteria found on the skin or in the mouth, nose or gastrointestinal tract of dogs and cats. It typically causes few problems, but if a pet becomes sick or injured, the bacteria can take advantage of its weakened defenses and cause skin and ear infections. Traditionally, veterinary clinicians have treated these infections through the use of antibiotics. But in the case of MDR-MRSP, the bacteria has adapted genetically over time to be resistant to many of those commonly used drugs.

Since the Wilford and Kate Bailey Small Animal Teaching Hospital typically deals with referral cases of all types, which are usually the most difficult to treat, Auburn clinicians see significantly more MRSP than the usual veterinarian in practice. As a result, Wang and an Auburn team made up of members from all three Vet Med departments — Anatomy, Physiology and Pharmacology, Clinical Sciences and Pathobiology — have access to multiple samples of the bacteria for study.

That team includes Dr. Karly Hicks, a dermatology resident, who is the first author of a rifampicin, or RFP, treatment study. She is supervised by Dr. Amelia White, associate clinical professor, and Dr. Bob Kennis, professor and acting department head in Clinical Sciences. Wenqi Cao, a biomedical sciences Ph.D. student in Wang’s laboratory, is the first author of a genomics study related to MDR-MRSP. She is supported by the Alabama EPSCoR Graduate Research Scholars Program and the Auburn University President’s Graduate Research Fellowship. Terri Hathcock, director of the Bacteriology and Mycology Diagnostic Laboratory, also contributed significantly to the work. 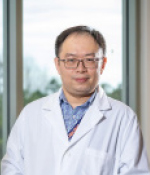 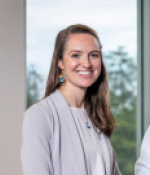 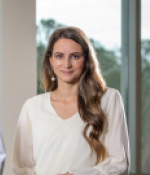 “Clinicians in the field are seeing increasing numbers of Staphylococcus pseudintermedius cases, so it’s a growing problem,” said Wang. “About 5% of those infections are methicillin-resistant. Among these cases, we have identified three different strains that are multidrug-resistant, or resistant to not just one, but multiple drugs. In some cases, we have seen strains resistant to up to eight different families of antimicrobials.”

Although the first instinct of bacterial detectives is to blame overuse of antibiotics by veterinary clinicians as the cause of this disturbing development, Wang pointed to another reason for the growing frequency of superbugs in both animal and human health.

Veterinarians are generally very cautious about overusing antibiotics,” he explained. “But what most people don’t realize is that 70% of all antibiotics manufactured are actually given to healthy food animals to promote growth. Those drugs mix with the millions of bacteria in the gut and are then excreted into the surrounding soil and freshwater ecosystem. The environment then becomes a gigantic reservoir in which bacterial resistance can genetically develop. Even worse, that resistance can be transferred between different types of bacteria through mobile genetic elements.”

Fortunately, in the case of MDR-MRSP, there are still some antimicrobials that haven’t been outmaneuvered yet by the bacteria’s genetic adaptability and that can still be used as treatments of last resort. And that is where the second part of Wang and the Auburn Vet Med team’s research focuses. The most effective of these drugs is rifampicin, a powerful antibiotic
originally used for the treatment of tuberculosis in humans, but which hasn’t been commonly used in dogs and cats. The drug is also effective against MRSP, but the trick, according to Wang, is determining the exact dosage necessary to eliminate the pathogenic bacteria completely so that it doesn’t have time to survive and evolve a defense.

“For the same reason your doctor tells you to take all of any prescribed antibiotic, even if you are feeling better, it is very important to determine the exact amount of RFP necessary to kill all the bacteria,” Wang noted. “Otherwise, some of the bacteria can survive and develop resistance to the drug.”

How quickly that can happen was illustrated in the study, when resistance developed in as little as 24-48 hours under relatively low doses in the RFP treatment assay. The rapid genetic adaptation of the bacteria pathogen was a stark reminder of how important it is to administer the proper dosage when using rifampicin.

Wang and the Auburn team are helping to provide another option to the veterinary clinician’s arsenal to combat MDR-MRSP, but Wang was quick to add that due to the adaptability of the bacteria, a more lasting solution is needed. “The real villain is the overuse of antibiotics to facilitate the faster growth of food animals,” he said. “There is a great need for a non-antibiotic growth promoter that doesn’t have such negative consequences in other ways. Other Auburn researchers are collaborating in the development of such an alternative, and that may one day help us win the race with antimicrobial resistance.”

Wenqi Cao, an Auburn Presidential Fellow who joined Dr. Xu Wang’s lab in the College of Veterinary Medicine in 2018 to pursue her Ph.D. in biomedical science, recently was named the winner of an Alabama Established Program to Stimulate Competitive Research (EPSCoR) Award. The EPSCoR Program was created by the National Science Foundation in 1979 to encourage the development of diverse scientific talent in every state. Researchers at eight of the state’s universities and two research centers compete for the Alabama awards.

Cao, who received her undergraduate degree from the School of Life Sciences and Technology at Tongji University in Shanghai, China, and has also studied at Osaka University in Suita, Japan, received the EPSCoR award for her research project involving the detrimental effects of perfluorinated chemicals, or PFAs — toxic chemicals commonly found in drinking water. “North Alabama is one of the most PFA-affected areas in the country,” she said of her project. “This research is highly relevant to our state and other parts of the country, and my hope is the results will have a broad impact on environmental safety and public health.”

In addition to her PFA research, Cao was also the first author of the Wang lab’s genomics study of methicillin-resistant Staphylococcus pseudintermedius, or MDR-MRSP, a resistant bacterial strain affecting dogs and cats. She said the opportunity to work on such projects as the PFA study and genome mapping have only validated her decision to come to Auburn all the way from Shanghai.

“I wanted to be a part of a program which focuses on genomics, epigenetic regulations or metagenomics, and when I was looking to continue my education, the research being conducted by Dr. Wang’s lab caught my eye,” she said of her decision to attend Auburn. “Once I contacted him and we discussed the lab’s research and future projects, I knew I wanted to be a part of the College of Veterinary Medicine. Winning this award is a great honor and has only inspired me more.”