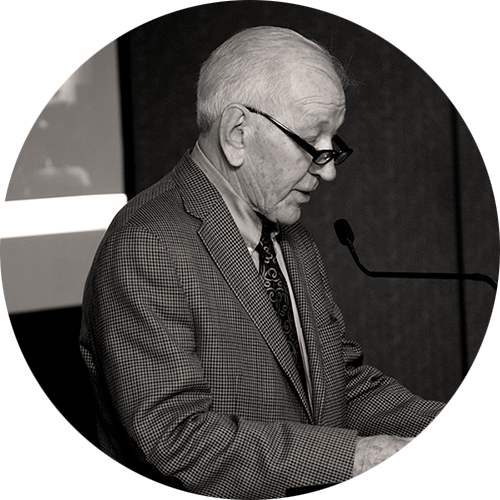 Good veterinary medicine starts with good animal husbandry, which can’t be learned easily in a classroom or out of a textbook. Academic agriculture has modified the term animal husbandry to animal science, which misses the point. Not to diminish the importance of the modern terminology, but animal husbandry is learned from close association with the animal itself, its growth from birth to death and all the habits in between — eating, sleeping, socializing, breeding, paternalism and all the peculiarities of its behavior. How it lies down, how it gets up, how it manifests positive vs. negative feelings, herd behavior vs. individual behavior and a multitude more. It comes naturally from “growing up with them” and tending to them daily, through change of seasons and ranging from poultry flocks to livestock. Young veterinary students who have never had this experience, such as acquired from an agricultural background, are at a disadvantage from which they may overcome but partially.

Complicating the picture is the penchant of modern-day culture to anthropomorphize virtually the entire animal kingdom and turn dogs and cats into surrogate children. Gaining momentum since the mid-20th century, what started out with the domestication of dogs and cats becoming house pets has now escalated into the commercialization in advertising of everything from turkeys, geckos, and emus to raccoons, giraffes and elephants. Of course, it was in place in the world of Disney long before, but never to the extent it has become in the world of advertising today.

Growing up in an old-time farmers’ exchange, before World War II, there was one nationally based company that marketed only one brand of dog feed — dry and packaged in 25-pound or larger bags intended for such as hounds, bird dogs and guard dogs. Cats supplemented their natural diet of rats and mice with table scraps. For livestock, that same company made one horse feed — which was principally rolled oats flavored with molasses called Sweet Feed. Work stock — horses and mules — relied mostly on ear corn (in the shuck and stored by hand in wooden cribs) and fodder or hay. An interesting side note is that this company’s feed was marketed by only one franchised dealer in the community (ours was the only one in Tuskegee). The main supplement for livestock feed in the South was cottonseed meal for its protein value. Cracked corn was added to Sweet Feed for palatability.

The world of veterinary medicine has been impacted greatly, turned upside down by commercialization that sees long shelves of supermarkets occupying several aisles with every conceivable pet food diet and appurtenance. And horse feed is marketed for so many ages and stages of development and occupation as virtually to require a pharmacy degree, especially when counting the number of supplements.

One unforeseen consequence of all of this is the rise of anthropogenic pathologies, “anthropogenopathies” to coin a word. In other words, man-made health problems. Cats and dogs, obligate carnivores (meat-eaters) being fed on diets that include plant origins such as cereal grains, have come down with diseases never seen in the natural state, such as thyroid neoplasia in cats and cardiomyopathies in dogs. A latecomer is the discovery of small animal feeds tainted with aflatoxin-contaminated grain, causing multiple deaths in affected populations. Not to be forgotten is the incidence of obesity, in horses as well as cats and dogs, due to diet and lack of exercise.

Growing up with horses and mules, and then practicing equine medicine, I calculate my active experience (devoid of

administration) to over 50 years. During this time, the only gastric ulcers were seen incidentally on the postmortem floor due to bots and never attributed to be the cause of death. The treatment for bots during those early years was carbon disulfide administered by stomach tube or in a gelatin capsule. Today, gastric ulcers in horses, unassociated with parasitism, are so common that feed supplements are regularly added as a preventative in certain populations. When questioned as to the cause, two noted equine practitioners with long years of experience — one eastern, one western — both postulated the “urbanization” of the horse, (e.g., horses deprived of pasturage in paddocks or open range, essentially leading a stable existence, possibly with a turn-out pen for exercise). This, far removed from a life as a grazing animal, evolved over many thousands of years. Add to that the stress of racing and performance events, and the incidence of ulcers makes gastroscopy an increasingly familiar clinical procedure, unknown until recent years. All of which begs the question, where was the problem when the equine species had been relied upon to pull the wheels of war and commerce for millennia before the Industrial Revolution replaced horsepower with steam and gasoline engines?

Another problem, one attributed to the use of performance- enhancing drugs, often under unlawful circumstances, is the breakdown of racehorses, especially dramatic when occurring during a race and requiring the horse to be removed by ambulance or destroyed on the track. Racing has come under fire to the extent that questions the future of the sport.

It was not the intent of this essay to catalog or analyze the pathogenesis of anthropogenic health problems, but to call attention to the existence of such as may be traceable to over-domestication of animal species, further and further from their evolutionary roots, and to emphasize the age-old value of good animal husbandry as the basis for good veterinary medicine — common sense in agreement with science.

I don’t presume to be the arbiter of medical conscience or to prescribe, let alone dictate, boundaries of professional behavior. I readily acknowledge that I may bear the label of traditionalist, and that medical science has made “Seven League Strides” since my student days seven decades ago; but the eternal verities require no defense, nor does the record of species evolution. We ignore the lessons of history at our own peril and those for whom we are responsible.

I hasten to add that none of the earlier remarks in reference to the variety of animal feeds and diets is meant to overlook in any way the tremendous contributions of scientific nutrition to the health of domestic animals, large and small. The recognition of the American College of Veterinary Nutrition in 1988 by the American Veterinary Medical Association was clear evidence of the successful efforts of both profession and industry to treat and prevent a multiplicity of animal health problems.

Lastly, a disclaimer. The dean extends me the privilege of writing this column, which I gratefully accept with the understanding that my opinions may not coincide exactly with the positions of the administration. I do not assume the opportunity lightly and trust it will never be abused. Out of respect for the institution, as well as the reader, challenges or contrarian views will never be ignored or suppressed, but instead are anticipated.

“Not much. Some vague idea that we’d gone off course with evolution and were getting crosswise with Mother Nature — stomach ulcers in horses, heart disease in dogs and thyroid problems in cats. No big deal. Mostly anecdotal reminiscences and apocryphal recollections. About what you’d expect from an old geezer who’d outlived his usefulness. Might’ve made some people mad.”