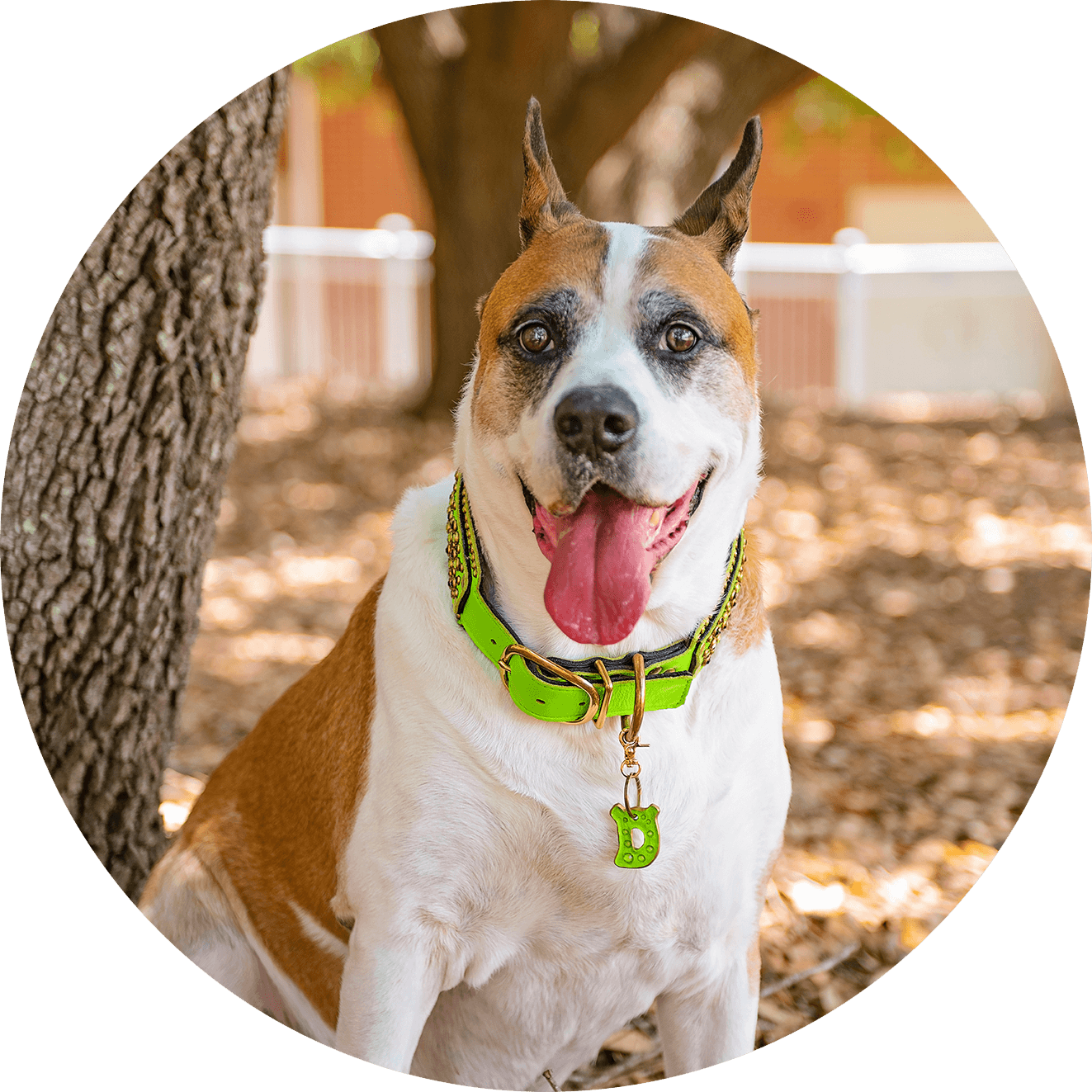 Brie Wieland of Destin, Florida, and her beloved dog, Donkey, were just about at the end of their collective leashes when they traveled the four hours to Auburn’s Bailey Small Animal Teaching Hospital. During the previous year, Donkey had become increasingly ill, but time after time, over numerous vet visits, Wieland’s frustration had grown as she was unable to get an exact answer for what was wrong with him. “I spent a long year searching for a solution,” she recalled, “but when I finally brought him to Auburn, I had a correct diagnosis within hours.”

It turned out Donkey’s problem was a pheochromocytoma, an endocrine tumor originating from the adrenal gland. In his case, the long wait for a proper diagnosis became even more critical when the tumor ruptured before he could be scheduled for surgery,

leading to a life-threatening 70% loss of blood. But clinicians at the hospital performed emergency surgery, saving his life. Now Wieland says Donkey — named after the lovable character from the popular “Shrek” movies — is writing his own happy ending.

“I am hoping Donkey’s story will encourage others dealing with pheochromocytomas and let them know there are options,” Wieland said of his remarkable recovery. “Auburn has such talented surgeons working miracles for dogs dealing with this horrible disease. Donkey was in oncology for a follow-up recently and they cleared him for ‘staying up late swapping manly stories and making waffles in the morning.’It’s true, they actually quoted the movie in his discharge papers!”