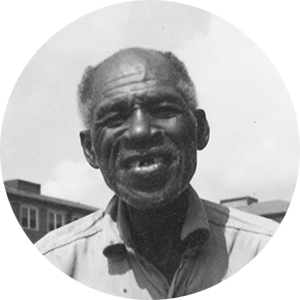 The adjoining poem—“Dr. Luke’s Retreat”—was discovered by historian Sam Hendrix, the College’s former Director of Development, while he was searching through a collection of memorabilia of the late College Associate Dean H.C. Morgan (API ’55) this past fall. Dr. Morgan was an avid collector of college historical items and, to our good fortune, preserved this jewel of the past.

The author is unknown1, but the tone of the writing suggests that he2 was a veterinary student, musing about his clinical misadventures. Also, there are clues identifying the proximate time it was written. The poem mentions “Dr. Schell,” referring to Dr. Fred Schell, the equine specialist who was appointed to the College faculty in the 1950s.

As a poem, it may not rank in a class with Shelley, Keats or Byron, but the author’s passion, keen observations, wit and general command of language are impressive. This poem is whimsical and entertaining, but its true enduring value comes from insights that the author cleverly reveals about his experiences in veterinary education and training of the time.

The title and frequent reference to Luke Sales and his life-long service in the necropsy room “behind Old Cary Hall” might suggest that this is a textual snapshot of Luke and his Retreat. But it is more likely that the author had much more to say about the life and times of the College, the quality of his training and the profession in that era, and he used “Luke’s Retreat” as bookends for his commentary.

The recurring theme is about diseases that the author encountered and the limitations of diagnostic and therapeutic methods of that era that too frequently resulted in death. If you read beyond the whimsy, you can hear him expressing clearly his frustration with inadequacies of veterinary medical practice of the time. For example, he refers to “that old Jersey bull’s touch of Acid-fast,” which indicates that bovine tuberculosis was not yet eliminated in Alabama as recently as the 1950s.

The author wryly explains that death was not an acceptable term if it results from the limitations of their clinical knowledge and practice. He chides the use of absurd euphemisms for death like “general inactivity,” “a quiet state,” and “empty sleep without the fear of waking” as distortions that try to make reality less difficult. He rails against the harshness of death by calling Luke’s Retreat a “refuge” and “quiet sanctuary.” Of course, it was neither. He appears to be frustrated by failings like “the old mule, missing from stall no. three recently subjected to senior surgery” and fictitious remedies like “intravenous buttermilk,” “soothing tones to put them on their feet,” and “some other newer way to treat.”

These things might have been depressing reality for the author and readers of that time, but this reminiscence is a useful reminder of the extraordinary advances in veterinary medicine and surgery that are enjoyed today. To cite an example, the Auburn small animal teaching hospital of the 1950s had a “crud ward,” referring to the isolation ward where dogs and cats went to die from canine distemper and feline panleukopenia. Today, the Bailey teaching hospital does not have a crud ward, because, with extremely few exceptions, these terrible diseases have been eliminated by the miracle of vaccines, and their ravages have never been witnessed by veterinarians younger than 50 or 60.

It would be interesting to know the identity of the author of this window into the world of veterinary education 70 years ago, so that he can be thanked, perhaps posthumously, for his historical gift. The author of this annotation of the “Luke’s Retreat” poem also wishes to remain anonymous, perhaps in solidarity with the poem’s author. But he3 would like to hear from readers who might be able to identify the poem’s author or have insights about its message and the era during which it was written. If so inspired, please send a note via the Editor of the Auburn Veterinarian.

1 Could it be that the author intended to remain anonymous to escape potential retaliation by his contemporaries for this harsh critique?

2 During the 1950s decade, there were very few women enrolled in the veterinary curriculum.

Oh, let us speak of Iukes retreat, thet strangest darkest turn,
Which stands behind Old Cary Hall, so mysterious and stern,
It lies within an open place, with open arms it waits
For patients who arent leaving by the customary gates,
It concentrates on end results and caters to the guest
Who’s battled long with his disease and comes out second best,
For in a well run clinic there’s no such thing as death,
There may be a stoppage of the heart or abscence of the breath,
But nothing dies, no patient tries this disrespectful feat
He simply sighs, rolls back his eyes, and goes to Luke’s Retreat,
Whatever be his ailment, whate’er his sickness be,
From “too, too, too much miracle red” to “whats this in his pee?”
From ““exbuerant growth”, “one lung or both”, or question of cirrhosis
To “exodus undiagnosed”, or “generalized necrosis”, —~
He hisses his tail and leaves his stall; not on his own four feet
He rolls through gates, or through barn halls and goes to Iuke’s Retreat,
And there he’ll find a refuge kind, a quiet sanctuary,
For Luke’s Retreat, that final street is the Vet School mortuary,

Oh where is Mr, Farrier’s dog with its’ diabetic ulcer,
His orange-red precipitate and lovely coronary? |
Well, sir, he’s gone to Luke’s retreat, |
And how is that old Jersey bull with its’ touch of Acid-fast,
His positive tube agglutination, and his vibrionic past,
And where is that old mule that was back in stall no, three
Recently subjected to that senior surgery?
And where are all the patients with the paroxysmal wheezes?
The rarry steeds, ascitic pools, and livers like valises?
The jaundiced eyes, swollen thighs, and Lee @ounties own diseases
Go, speak to them in soothing tones, We’ll put them on their feet
We’ll try some other method–some newer way to treat
We’ll try colloidal liquid bipp, or eschorotic meat,
fnd intravenous buttermilk is very hard to beat,
“I’m so very sorry Dr. Schell, they’ve gone to Lukes Retreat

At certain times one sometimes finds a patient in this place
Who limply lies with glassy eyes receding in his face,
Who doesn’t seem to breathe at all, who doesn’t make a sound
Whose temperature it seems to fall, whose pulse cannot be found,
And one would say without delay that this is a condition
Of general inactivity~– a sort of inanition,
A quiet state, a final page, a dream within the making;
A silence deep, and empty sleep without the fear of waking,
But no one states or intimates that maybe he’s expired,
For anyone can plainly see that he is simoly tired,
It isn’t wise to analyze, to sned an explanation, |
For this is just as new disease, of infinate duration,

But if you look within the book, upon his progress sheet
You’ll find a sign within the line —“DISCHARGED TO LUKES RETREAT”!

The Lukes in Your Life

When I was a veterinary student assigned necropsy duty, Luke Sales always was willing to help wrestle large, stiff and smelly horse and cow carcasses on the necropsy f loor. Without instruction, he helped collect tissues and cleaned up the mess that was left. I cannot recall anything that Luke said to me personally, but his patient expression and willing hand communicated enough. We were separated by 50 years of life. I was young and eager; he was old and weary. He was educated by a long, hard life; my lessons in reality were ahead. We had little in common except the times that we worked together in Luke’s Retreat.

Luke was not the only representative of reality in my life. When I graduated and started internship at the Angell Memorial Hospital in Boston, I met and worked with their “Lukes.” One called “Pizza” (Tony Delvecchio) was a young Italian lad who served in the surgery department and encouraged those of us impugned as Hack & Slash. Another was Iver—said to have been gassed in WWI—who cleaned cages and gave comfort to our patients. In clinics, they made us look better than we were and feel good about ourselves when we interns struggled with a difficult case.

The Johns Hopkins Medical School primate colony “Luke” was Bill Bender, who taught us how to catch a monkey without being injured and helped necropsy the ones ravaged by tuberculosis. When I joined the Department of Comparative Medicine at the University of Alabama Medical Center, I found Luke’s equals who staffed and sustained every part of our operation.

When I returned to Auburn, the one and only Luke was gone, but dozens of others with different names, but the same dedication, carried on his commitment to Do Their Job Well. My only regret is that I did not tell all of them often enough how grateful I am for their having made me look good by their exceptional service, or for propping me up when I needed help, and giving me valuable insights when I struggled with life’s tough problems. These lessons are not learned from lectures or texts; they are given freely by friends. Say thank you every time that you can to the “Lukes” in your life.