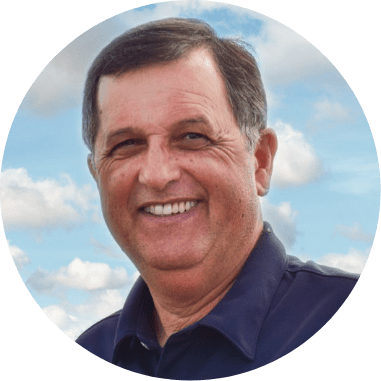 Seyedmehdi Mobini ’81—recently elected to the AVMA Board of Directors to represent Florida, Georgia and Puerto Rico as the District IV member—has come a long way since he almost had to give up his veterinary education while at Auburn.

Shortly after his arrival on the Plains with a veterinary degree from Pahlavi University in Iran, financial support from his family dried up due to political troubles there. With a pregnant wife and funds running out, Mobini faced the possibility of giving up his residency in bovine surgery and medicine to return home, but then-Dean J. T. Vaughan came to the rescue, arranging for a campus job that allowed the young student to stay at Auburn and finish his master’s degree.

“Without help from Dean Vaughan, my continued education would have been much more difficult,” Mobini notes.“ He gave me a job that made my journey possible.”

And quite a journey it has been. Mobini and his family ended up living in Auburn for 12 years, as he joined the veterinary faculty at Tuskegee University after completing his residency. Later, he worked on a dairy farm and served on the faculty at Pahlavi University, as well as working as a relief veterinarian in several small animal emergency clinics and mixed animal practices. Before taking on his current post as professor of veterinary science at Fort Valley State University in Macon, Georgia, Mobini was a small ruminant extension veterinarian for the state of Georgia.

Throughout his career, Mobini has been active in veterinary organizations, both as
a member of the Georgia VMA Board of Directors and the American Association of Small Ruminant Practitioners. He has represented the Georgia VMA in the AVMA House of Delegates since 2015 and also served on a number of professional committees. He is a current member of the AVMA Committee of Veterinary Technician Education and Activities.

As he prepares to assume his post on the AVMA board this August, Mobini points out that there are many challenges to be addressed. “Organized veterinary medicine is more important than ever before,” he says, “and our members’ continued engagement is vital to the future. We need to work together to make inroads on important issues identified by our members, such as workplace wellness, student debt, diversity and inclusion and practice ownership.”

In addition, Mobini is quick to agree there is a new issue that no one had considered when he made the decision to run for AVMA office only a few months ago—veterinary practice in the era of COVID-19. “Telemedicine will be used more than ever before in the time of COVID 19,” he predicts. “Unfortunately, I see a big effect on work-life balance and wellness along with increased pressure on practice income complicating new graduate debt.

“But I also see opportunity,” he adds. “The One Health concept will become more embraced and the role of veterinarians will be even more critical due to the nature of these viruses originating in animals.”