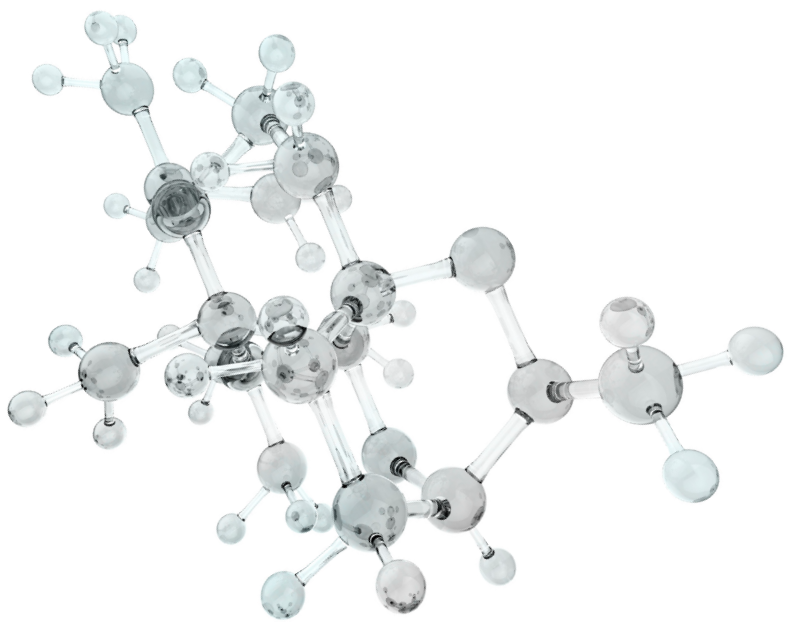 An Auburn University research team has made the first discovery of metal
nanoparticles occurring naturally in an animal body, specifically zinc
nanoparticles in nose cells, which has implications in possibly restoring or enhancing an animal’s or person’s sense of smell.

“Scientists have long known animal tissue has minerals in ionic and atom-bound states, but no one knew metal nanoparticles were naturally in the animal body,” said Vitaly Vodyanoy, professor of physiology in the College of Veterinary Medicine. “This is the first time a third state of metal has been observed in the body.”

The study, “Endogenous zinc nanoparticles in the rat olfactory epithelium are functionally significant,” was published in the Oct. 28 edition of the journal, Nature Scientific Reports.

The importance of the finding is that metal nanoparticles donate or accept many more electrons toward enzymatic reactions than are available from single, metal ions. Nanoparticles are structures composed of many atoms, while ions are electrically charged atoms created by the loss or gain of one or a few electrons.

“Some scientists suggest electrons trigger the sense of smell, ” Vodyanoy said. “Therefore, metal nanoparticles, which can operate with many electrons, have an advantage over metal ions in smell enzymatic reactions.”

The research, using laboratory rats as the animal model, found zinc nanoparticles in the nose olfactory neurons’ cilia, the part of a neuron that contains olfactory receptors. Until this study, the only known zinc in the body was in an ionic or bound state.

“This is also the first study to show zinc is in the cilia,” he said. “It’s not a single atom, but nanoparticles with 50 to a few hundred atoms of metal. We proved zinc naturally exists in the animal body, which we believe would include humans.”

When dissected, the cilia of the neurons became liquid bubbles, which Auburn researchers collected and sent to the National Institute of Standards and Technology—the study’s funding agency—to perform electron diffraction to look for nanoparticles.

“We had already determined it was zinc using our physiological experiments, but we wanted NIST’s confirmation with their electron microscope, and for NIST to perform electron diffraction to pinpoint if the zinc was clustered as nanoparticles, ” Vodyanoy said. “It was natural zinc nanoparticles.”

Zinc, to this point, was thought only to exist in the body as ions or organically bound atoms derived from foods or vitamin supplements. Without zinc in the body, an animal or person will lose the sense of smell.

The finding of zinc nanoparticles builds upon Vodyanoy’s prior research, dating to 2005, and should open the door for future research globally into restoring or enhancing the sense of smell, as well as other areas involving enzymatic reactions.

“Our current study found that natural zinc from the olfactory neurons’ cilia produces the same increase as nanoparticle-engineered zinc,” he said. “We previously found if you add zinc, either natural or engineered, with a puff of air to anything with an odor, we see a three-times increase in an animal’s olfactory response, ” said Vodyanoy, who demonstrated this increase in a 2009 study.

The three-fold increase, he says, is the result of the zinc-and-odorant mixture producing additional pairs of proteins, or dimers, in the cilia.

“We had hypothesized that when zinc interacts with olfactory receptors, it produces a dimer, which is necessary for the increased sense of smell,” he said. “Our research showed it to be accurate.”

Vodyanoy says his lab’s future studies will seek to determine how animals have zinc metal nanoparticles in the nose’s neuron cilia.

“We hypothesize a microorganism in the gut converts zinc ions from foods to zinc metal nanoparticles in the nose,” he said. “We hope to find out.”

Vodyanoy says the discovery of zinc nanoparticles will add to the knowledge base of how zinc and olfactory receptors work and should advance the understanding of the sense of smell. Restoring or enhancing the sense of smell is one possible future benefit.

“Diseases like Parkinson’s, Alzheimer’s and now COVID-19 often cause a person to lose the sense of smell,” he said. “I believe we could research ways to add a small and safe amount of zinc to food or drink, possibly as an aerosol, to allow patients to smell these foods again.

“Aromas are important in perception of our food and beverages. Food industries use a variety of chemicals, essential oils and botanicals to accentuate the smell of food. Zinc nanoparticles can be used for the enhancement of aromas in food and to make it more attractive and healthier.”

He also says zinc has been shown to play a role in the memory process, and his study could provide valuable information to those studying Alzheimer’s.Agencies using detection dogs could benefit from future research as well. In preliminary studies, Vodyanoy says zinc added with a puff of air onto a surface will give the dog the three-fold increase in smelling for contraband like drugs or explosives.

The perfume industry, he adds, could look at zinc as a method to increase the stability and essence of perfume.

“A well-educated and skillful scientific team is critical for successful research,” Vodyanoy said. “I am fortunate to have excellent scientists around me.”

The team members include:

“Melissa Singletary would make a microsurgical extraction of tissues containing olfactory cilia, and then she, Samantha Hagerty and Oleg Pustovyy measured electrical signals excited in cilia by odorants and zinc nanoparticles,” Vodyanoy said.

Vodyanoy analyzed the experimental data and wrote the manuscript for the team.