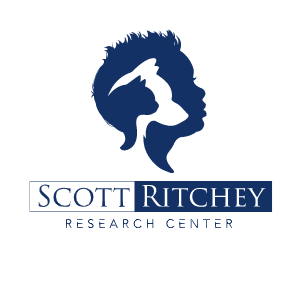 The Scott-Ritchey Research Center has designated an account for gifts and donations that support GM1 gangliosidosis research as Porter’s Fund in recognition and memory of the late Porter Heatherly, the first child in Alabama with GM1.

The center also refreshed its visual identity to reflect the four-year-old who died Nov. 10 from complica-tions from the disease.

“Porter became the face of GM1 for the scientists and staff at Scott-Ritchey, and for many in the college and community,” said Dr. Doug Martin, a research scientist with the Scott-Ritchey Research Center, who leads the research efforts.

“We believe recognizing Porter in this way will carry his memory to those who may learn of GM1 and our research, and, in some small way, ensure his time with us was important.”

The gene therapy vector developed by Martin and collaborators is being vetted for human clinical trials in 2017, and could be a breakthrough for other diseases like Alzheimer’s and Parkinson’s.

“The technology developed for GM1 treatment could be applied to any numbers of diseases, like Alzheimer’s, which may turn out to be an unusual form of a storage disease like GM1,” Dr. Martin said. “Our vector could have much broader implica-tions and, theoretically, the same technology used to treat GM1 could also treat Alzheimer’s.”

Tay-Sachs disease, of which GM1 is a form, is an untreatable and fatal inherited neurodegenerative disease of children. As with many diseases, Tay-Sachs also occurs in animals. Dr. Gray-Edwards studies Tay-Sachs disease in sheep.

Adeno-associated viral (A AV)-mediated gene therapy studies in Tay-Sachs sheep have successfully doubled the lifespan of the Tay-Sachs sheep and resulted in widespread distribution of therapeutic protein throughout the brain. Since the sheep brain is similar in size to the human brain, it is highly likely the same distribution will be possible in humans. In addition to testing A AV gene therapy, Dr. Gray-Edwards has developed biomarkers in live animals for eventual use in human patients, which include ultra-high field MRI (7T), electrodiagnostics and CSF evaluation that reflect post-mortem findings.

By studying these diseases in animals, Dr. Gray-Ed-wards and colleagues at the Scott-Ritchey Research Center are seeing promising results.