Help Save A Life 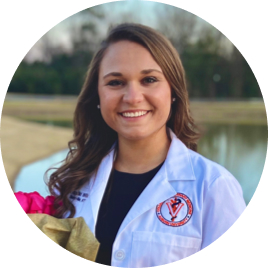 It’s a long and winding road from the inspirational heroism of the first responders on 9/11 to the recent rescue of a small dog in a Loachapoka house fire, but for Auburn fourth-year veterinary student Vasiliki “Vasi” Wilks—a large animal medicine resident and vice-president of the Class of 2021, as well as an EMT and volunteer firefighter—it has always been a path that was clear in her mind.

“I knew I wanted to be a part of the fire service at a very young age when my uncle perished in the World Trade Center attack on 9/11,” Wilks explained. “At the time, I didn’t know how or what that would look like. But I followed up on that goal when I became certified as a firefighter while I was an undergraduate at Murray State University in Kentucky.”

Juggling the demands of firefighting and college is difficult enough as an undergraduate, but when Wilks later began her studies in Auburn’s College of Veterinary Medicine, she was determined to continue her fire service in spite of the tremendous time demands of being a vet student. Not only did she go through probationary firefighter school during her first year of veterinary classes, followed by Alabama Fire College classes for Firefighter I and II, she later added Emergency Medical Technician (EMT) certification by attending summer classes at nearby Southern Union State Community College. And she found the time to put all that new training to good use as a member of the Southwest Lee County Fire Department (SWFD).

Soon after joining the department, Wilks used her unique perspective as both a future veterinarian and a current firefighter to help the SWFD obtain some specialized equipment. “There’s not much we carry on our fire trucks for advanced pet life support,” Wilks said, “but the Invisible Fence Brand has a program called ‘Project Breathe,’ which provides pet oxygen masks to qualifying fire departments. Most people don’t realize it, but more than 40,000 pets die in fires annually—with most succumbing to smoke inhalation—and in many cases first responders lack the necessary equipment to resuscitate these animals. I applied to the program and was able to get the SWFD three masks.”

Those masks had never been used, but they were on the trucks when the SWFD got a call recently about an early morning house fire in Loachapoka. Thanks to the equipment and Wilks’ training as a veterinary student, a dachshund mix dog named Thumper didn’t become yet another fatality in the grim statistics of pets lost to fire every year.

“My mother wasn’t at home, but my husband and I had just gotten up, and when I went to the kitchen to make coffee, I smelled something unusual,” said Spenser Keel, who owns Thumper along with five other dogs and whose mother’s house was damaged in the fire. “A moment later, my husband started yelling from upstairs that the fire alarm was going off, and I saw smoke coming from the vent in the hallway. We grabbed our baby, yelled for our dogs and got out of the house as quickly as we could, but once we were out, we realized our two smaller dogs were still in their crates upstairs.”

Keel’s husband braved the smoke to rush back upstairs and get one of the dogs—older and almost blind—out of its crate. He opened the other crate and yelled for Thumper to follow, but somewhere on the way back out of the house the dachshund panicked and returned upstairs. By the time the couple realized he hadn’t followed, the smoke was too thick to try another rescue.

SWFD firefighters arrived on the scene quickly, finding smoke and flames centered in an area in the rear of the home. While firefighters from the first truck to arrive worked to extinguish the fire, Keel told Wilks and others from the second truck that Thumper was still in the house and likely in his crate on the second floor. Although 30 to 40 minutes had passed and the home was filled with smoke, the firefighters were able to locate Thumper and bring him out of the house.

“We were told there was still one dog that was unable to get out in time,” Wilks recalled of the rescue. “Most of the flames were out, but there was still heavy smoke throughout the house. As we were ventilating it, my chief sent me and two others inside to search for Thumper. We found him in the bedroom and rushed him outside. He looked lifeless when we placed him on the ground.”

Keel thought Thumper—who the family had taken in after he
was dumped on a nearby roadside—had been rescued too late.
“I thought he was gone,” she remembered thinking. “He wasn’t moving at all.” She couldn’t bear to watch as the firefighters worked to revive him, instead relying on her husband to tell her how things were going as the firefighters huddled over the limp body.

But Thumper was a fighter, and he couldn’t have been in better hands. “Thumper’s brain had been severely deprived of oxygen,” Wilks said. “Fires produce carbon monoxide and hydrogen cyanide, which interfere with the body’s ability to deliver oxygen to organs and tissues.

“The fire department and EMT school taught me how to assess human patients and administer oxygen, but not for pets,” she continued. “While the principles are similar, I relied mainly on my veterinary training to assess Thumper and my fire/ EMT training to work the equipment. I put a mask on Thumper and began the oxygen flow while continuously assessing his vital signs. We used water to cool him off as well. Happily, his reflexes slowly improved.”

Thumper gradually recovered to the point he could take some fluids and begin to cough up much of what he had inhaled. But he still wasn’t completely out of the woods. “I advised Thumper’s owners he still needed to be taken to a veterinarian for further care,” Wilks said, “knowing he would need IV fluids, blood tests, additional monitoring and therapy. The owners agreed, so Thumper got to take a ride in our fire engine to the nearest animal hospital.”

According to Keel, Thumper is now back home with his “pack” and showing no serious ill effects. She knows how lucky her pet was that the SWFD not only had the proper equipment to save him, but someone with the unusual combination of fire and medical training to put that equipment to work when it was needed.

And for Wilks, the story had a happy ending as well. “Looking back,” she said, “it was so rewarding to be able to return a member of their family to them and I was thankful we were able to take Thumper back in better shape than how we found him. Personally, it was such a blessing to be able to combine two of my passions—veterinary medicine and firefighting—to help save a life.”